Meron Hadero was born in Addis Ababa, Ethiopia, and arrived in the United States as a refugee via Germany during her childhood. She studied history and American studies at Princeton University, attended Yale Law School, and completed a master’s program in creative writing at the University of Michigan. Her short stories have appeared in various […]

born in 1961 in Philadelphia, Pennsylvania; is an author and journalist. He is a staff writer for »The New Yorker« and the former editor-in-chief of »The Paris Review«. He caused a sensation in 1998 with his award-winning debut work on the genocide in Rwanda, »We Wish to Inform You That Tomorrow We Will Be Killed […]

Everett Glenn was born in Cleveland, Ohio in 1985. He began drawing as a child and was supported by his teachers because, according to his own account, he was otherwise a very impetuous boy. This is how his first comics came into being. His mother died when he was only sixteen and he was sent […]

Hernan Diaz was born in Argentina in 1973 and grew up in Sweden. He studied literature at the University of Buenos Aires and King’s College in London and earned his doctorate at New York University. His first novel, »In the Distance«, was published in 2017 and was nominated for the Pulitzer Prize and the PEN/Faulkner […]

born in 1981 in Newark, New Jersey; writes as a critic for »The New York Times Magazine«, »The New Yorker«, and »Harper’s Magazine«, among others. Drawing on his own experiences, his work »Self-Portrait in Black and White: Unlearning Race« [2019], follows the story of an American family. He is a recipient of the Berlin Prize […]

born in 1985 in New York, is a writer, literary critic, and scholar. She studied the history of religion at Harvard Divinity School. Her essays have appeared in newspapers and magazines such as »The New York Review of Books«, »Harper’s«, and the »New York Times«. Her volume »Accidental Gods« [2021] is a »fascinating tour through […]

Sarah M. Broom was born as the youngest of twelve siblings in New Orleans in 1979. She studied anthropology and mass communications at the University of North Texas and then completed a master’s degree in journalism at the University of California, Berkeley. She began her career as a newspaper journalist with stints in Rhode Island, […]

is originally from Davis, California, and lives in Berlin. A graduate of the Iowa Writers’ Workshop, she teaches creative writing, most recently at the Heinrich Heine University Düsseldorf and at Bard College Berlin. She has received a work stipend for non-German literature from the Berlin Senate and was included in the »Best American Nonrequired Reading« […]

was born in West Virginia in 1990. She studied English at Yale and subsequently worked in Berlin as a freelance editor. In 2015, she moved back to the USA to work for the now-defunct website »Broadly«, a vertical of Vice.com, which focused on gender and identity. Her essays and reviews appear regularly in outlets such […]

William M. Drozdiak was born in 1949 and studied politics and economics in the USA and in Belgium. From 1971 to 1978 he was a professional basketball player, also in Europe. After working as a journalist for several American newspapers, writing mainly about international politics, he became head of the German Marshall Funds Transatlantic Center […] 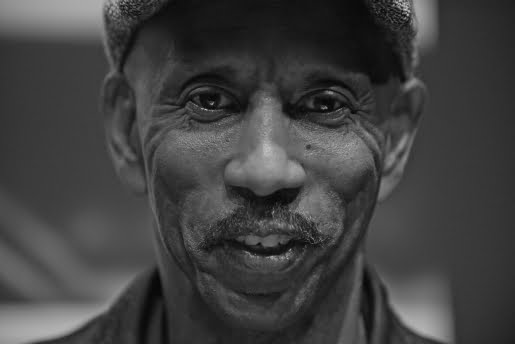 works in multiple genres. In addition to being a poet, he is also a novelist, essayist, aphorist, playwright, philosopher, visual artist, and pianist. His praxis of language is not unlike the Mayan numerical world, where each letter of the alphabet spontaneously engages in non-limit. Thus, all fields of experience are open for exploration: art, physics, […] 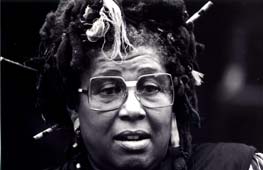 Wanda Coleman was born in Watts in 1946. This Southern Californian community became known in 1965 for a six-day riot, triggered by an assault by white policemen on Marcus Frye, a black man. The »Watts Riots« prompted Coleman to turn to writing as her preferred means of artistic expression, and it politicised her. She joined […]