Yassin al-Haj Saleh born in 1961 in Raqqa, is a Syrian writer. At 18, he was arrested for being a member of the Communist Party and spent the next 16 years as a political prisoner. Since his release, he has been committed to democratic reform and against the acceptance of the Assad regime in the […]

born in 1985 in Kobanî, Syria, is a Kurdish-Syrian author. She studied economics in Syria and writes for numerous Arabic, English, and French-language newspapers and magazines. In Germany her texts have appeared in the »Berliner Zeitung«, »SPON«, and »Kursbuch« as well as in anthologies. In 2018 she received the first »Weiter Schreiben« grant in Wiesbaden. […]

born in 1985. Since 2013, she has worked as a graphic designer, illustrator and translator in Serbia, Syria and the UAE for »Refugee and Migrant Crisis in Europe«. As a visual artist her focus is on illustration, having recently drawn a number of children’s books in addition to exhibiting her work. She lives in Berlin […] 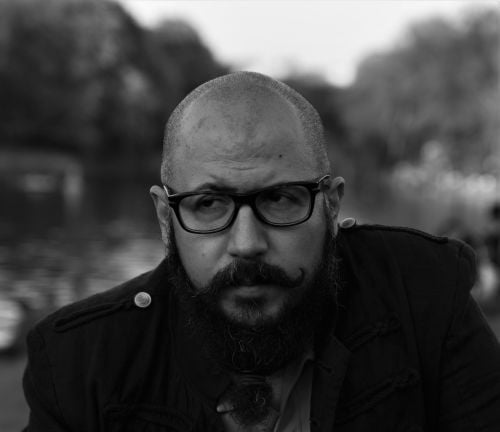 born in 1975 in Damascus, is an art director, animation artist and photographer. Salam al Hassan is also an illustrator and comics artist, whose work includes »Shabyat Elcartoon« (2013). He is also a percussionist with the band Fattouch. In 2008 he made two short films, and was invited to present »Short Dream« in Beirut, Tunisia […] 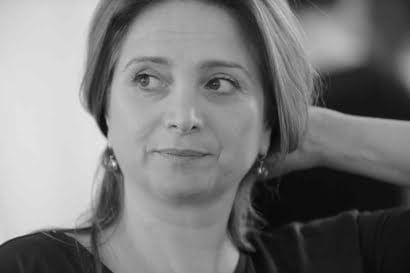 Samar Yazbek was born in 1970 in Jableh, a small town on Syria’s Mediterranean shore. She studied Arabic literature in Lattakia and today worked as an editor for www.nesasy.org. This website is dedicated to human rights, especially the rights and freedoms of women. She also edited and presented a cultural programme on Syrian television, is […] 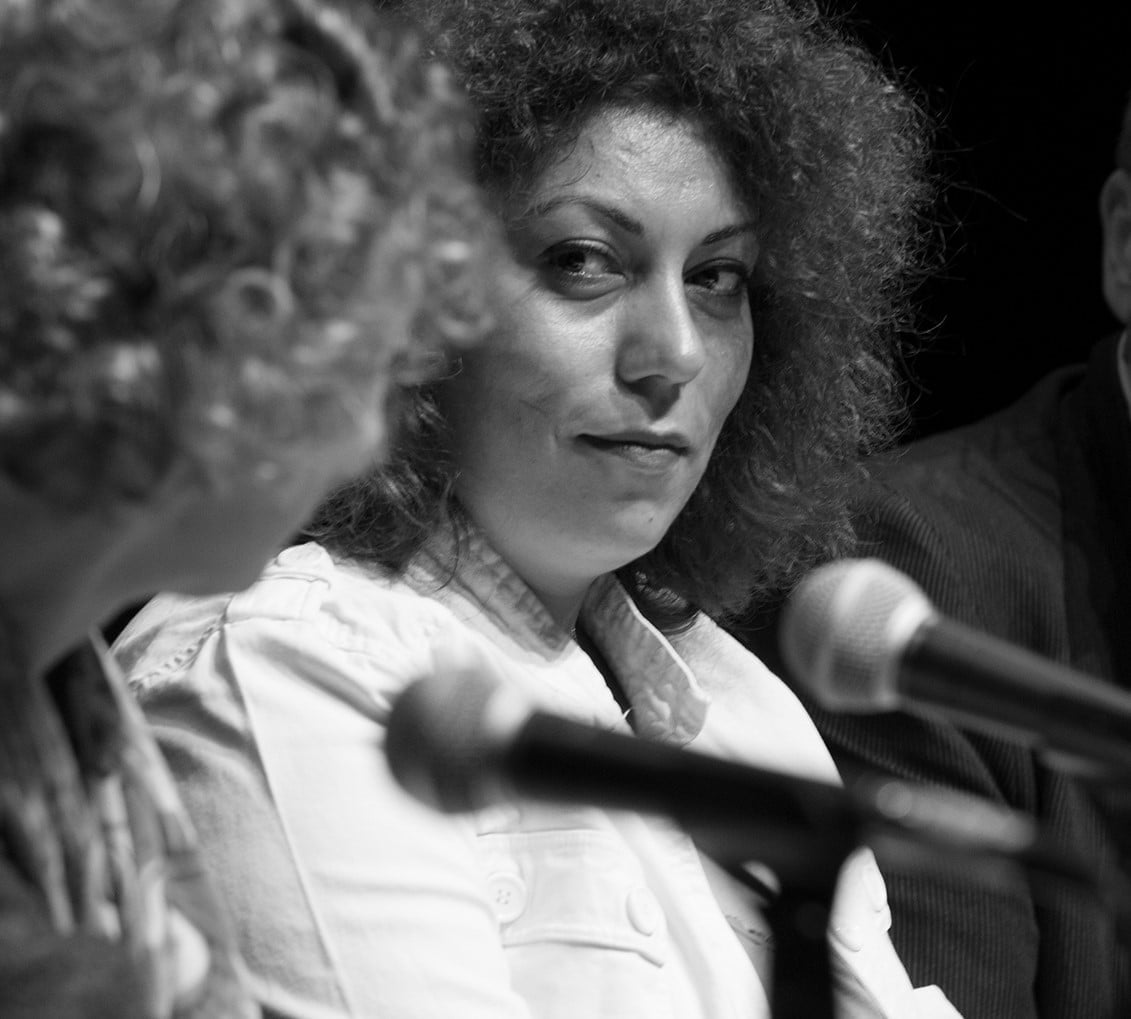 born in 1982 in Hama, Syria, is primarily known for her poetry. Her poetry collection »Wenig von dir…viel vom Salz« (tr. »Not much from you…A lot from salt«) was published in Arabic in 2014. In 2017, one of her texts was published in German in the volume »Ohne Worte – Mit anderen Worten« (tr. »No […]

Ramadan Ali is an actor who has lived in Germany since 2011. He worked as an actor and comedian in Syria but was repeatedly arrested and tortured before he fled the country. These experiences in his homeland have made him a political person. As a result, when he acts here in Germany – mostly in […] 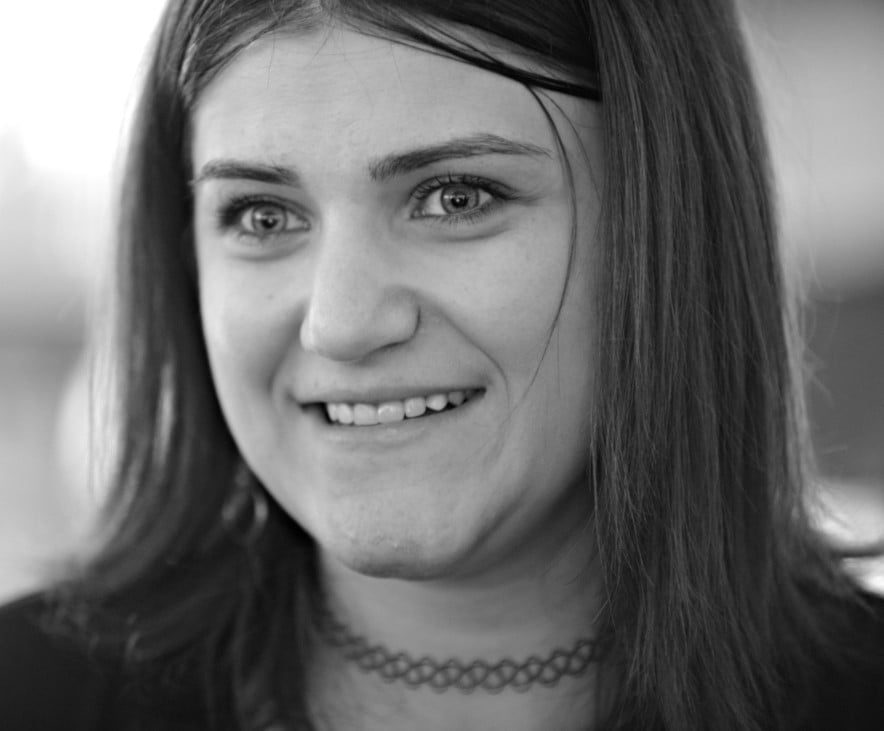 born in 1990 in As-Suwayda, Syria, where she studied computer science and economics before transferring to the private International University for Science and Technology in Damascus due to the civil war. In 2014, she left Syria and moved to Lebanon. She moved to Germany in 2016 with a scholarship in literature from the Heinrich Böll […] 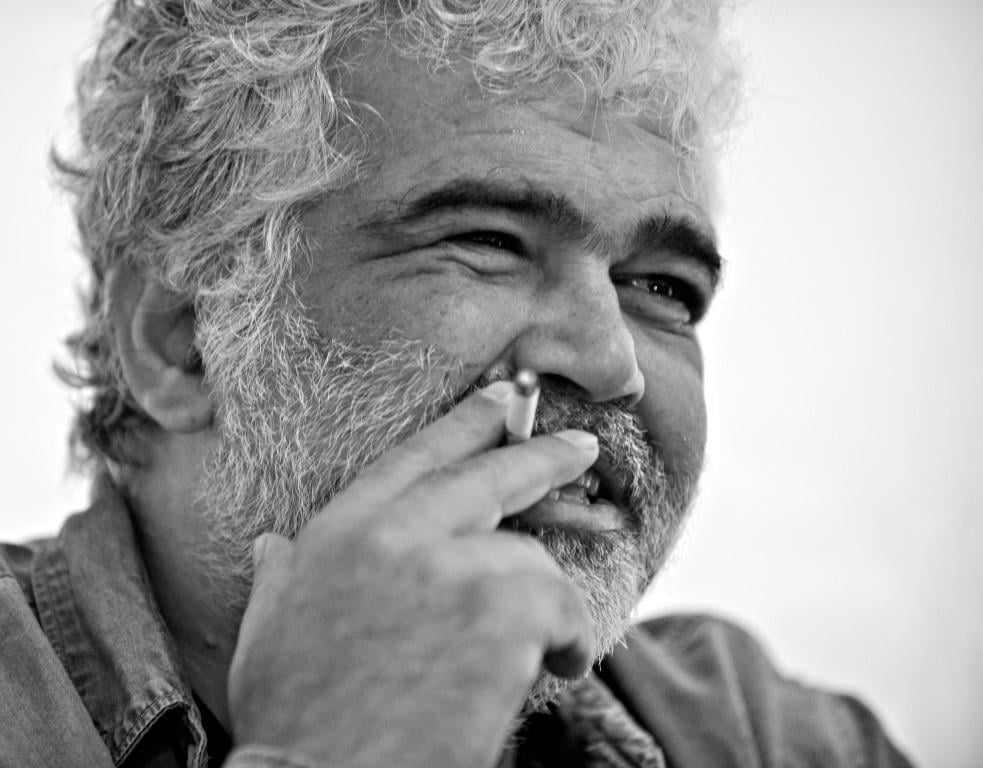 The Syrian writer and activist Mustafa Khalifa was born in 1948 in Jarabulus, near the Turkish border, and grew up in Aleppo. As early as his teenage years, he participated in political acts and was arrested twice. He completed his studies in law in Damascus afterwards. In 1979/1980 and from 1981–1994 he was imprisoned without […] 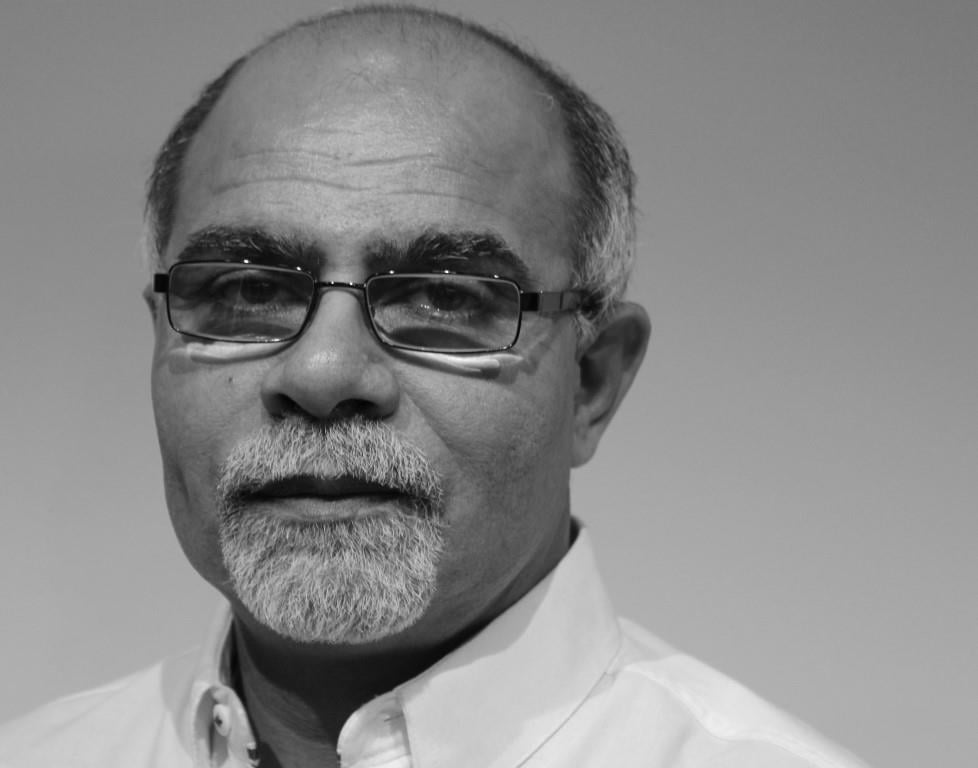 born in 1965 in Homs, Syria, writes about politics, religion, and the dignity of the human body in the face of taboos in his homeland. Over the last three decades, he has published thirteen collections of poetry, six volumes of literary criticism, and an anthology of Syrian poetry. In cooperation with the International Cities of […] 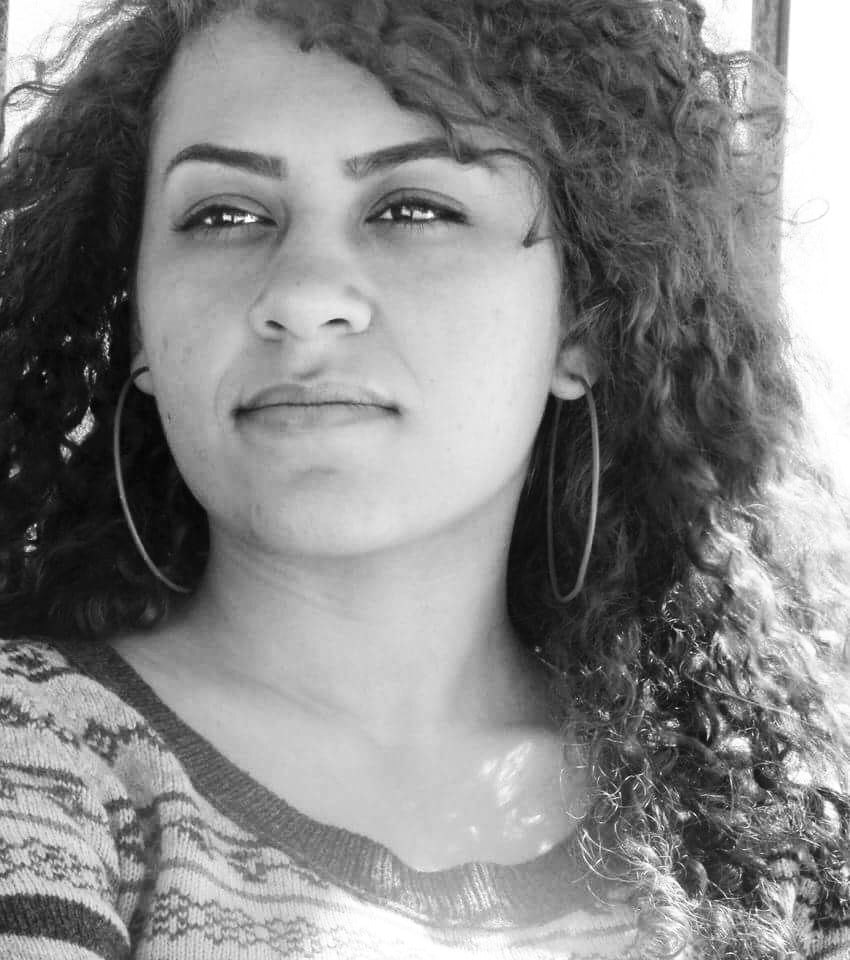 born in 1991 in Syria, graduated in fine arts, and taught at the University of Damascus. Exhibitions of her work were held in 2014 and 2015 in Damascus. She has lived in Berlin since 2016. She has participated in workshops at the Hamburger Bahnhof and Kunsthochschule Weißensee, and has recently been exploring the relationship between […] 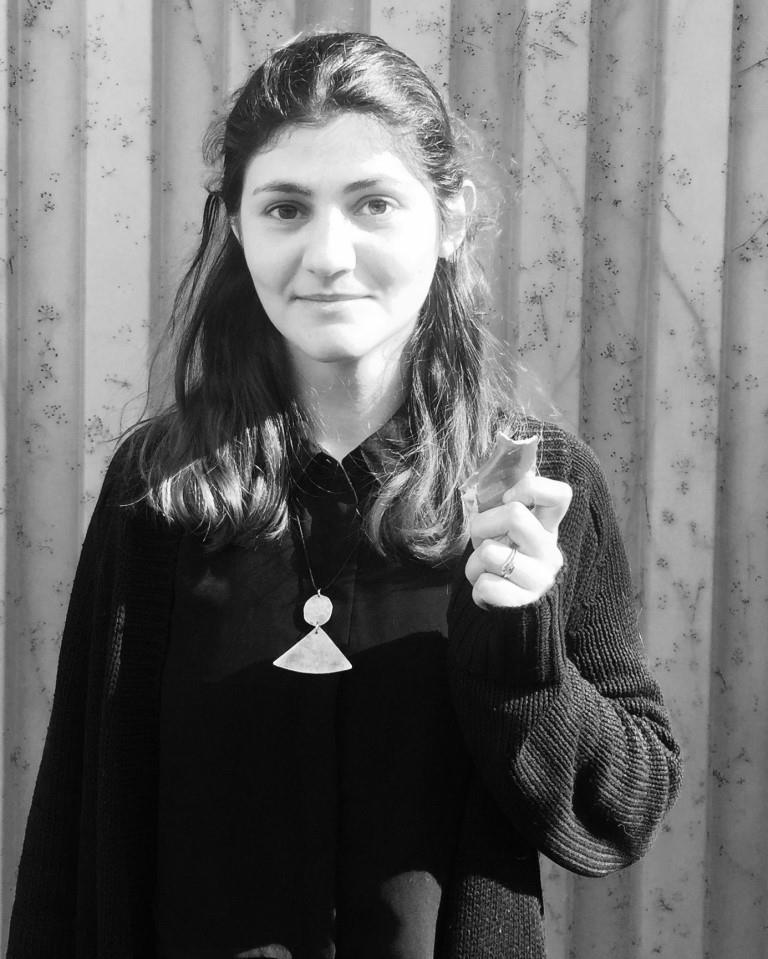 born in Syria in 1993, completed her B.A. in cultural sciences and aesthetic practices in Hildesheim and currently studies at the German Institute for Literature in Leipzig. She has been a curator at the Fuchsbau Festival since 2012. She participated in the Treffen junger Autoren forum at the 2012 Berliner Festspiele, in the drama workshop […]