Jānis Joņevs was born in Jelgava, southwest of Riga in 1980. He studied cultural studies in Riga and made his debut in 2013 with the autobiographically inspired coming-of-age novel »Jelgava 94« [Eng. »Doom 94«, 2018], which became a bestseller in Latvia and won several awards. The novel takes place on April 5, 1994, the day […]

Poet and performance artist Semyon Khanin, who writes in Russian, was born in Riga, Latvia in 1970. He studied Russian language and literature in Tartu, Estonia, and Riga until 1997. His poems first appeared in Latvian and Russian magazines such as »Daugava«, »Vosduch«, »Volga« and in various anthologies. In 1999, he was one of the […]

was born in Riga in 1963. She is an art historian, curator, and a specialist of »Underground art in Latvia«. She studied at the Latvian Art Academy, was curator and editor in the Latvian Arts Foundation and Deputy Director of the »Daugava« gallery in Riga. She is currently researching nonconformist tendencies in Latvian art in […] 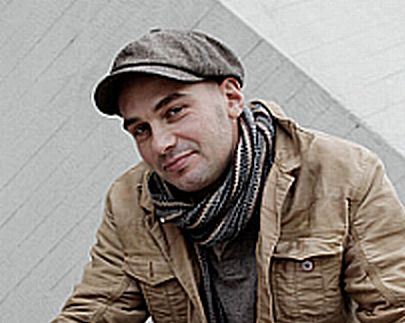 The poet Sergej Timofejew was born in 1970 in Riga (Soviet Union, now Latvia). His free verse, situated between blues and the language of daily life, with a syncopated rhythm to it which recalls the psychedelic texts of the Beatniks and Kerouac and Ginsberg, has been translated into many languages and published in numerous poetry […]