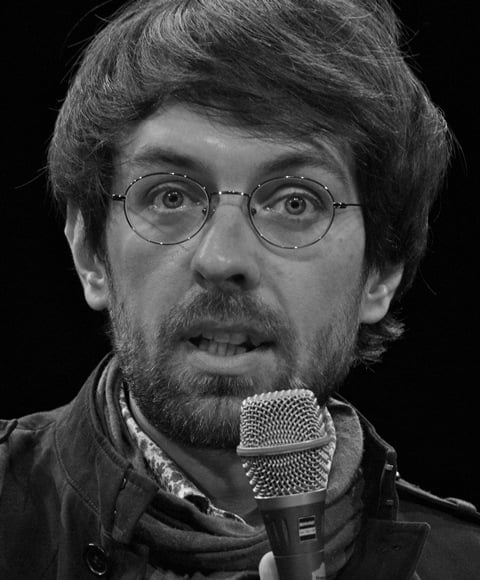 Daniel Tkatch was born in Kazakhstan in 1979. He grew up in Israel and studied physics at the Technion in Haifa as well as art history and philosophy at the Freie Universität Berlin. Besides completing a research thesis in the field of political philosophy and aesthetics, Tkatch writes and works as an editor for magazines […]

Anatolij Grinvald was born in Semipalatinsk in Kazakhstan in 1972, and moved to Germany in 1997. He studied Slav Languages and Literature at the University of Leipzig. He has published two anthologies of poetry so far, »Die Stadt aus Tinte« (2003; tr.: The city of ink) and »Das Wirkliche« (2005; tr.: The real). His last […]