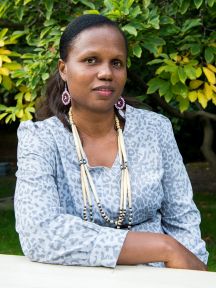 Sónia Gomes was born in 1977 in Luena-Moxico, a city in a thinly populated province of Angola near the eastern borders with Zambia and the Democratic Republic of Congo. Moxico is legendary as the main base of operations of the leader of UNITÁ, Jonas Savimbi, and also as the place for the official negotiations for […]