R. O. Kwon was born in Seoul, South Korea, and moved to the USA with her family at the age of three. She grew up in Los Angeles in a Christian environment, but at the age of seventeen she experienced a crisis of faith and distanced herself from the devoutness of her family. After studying […] 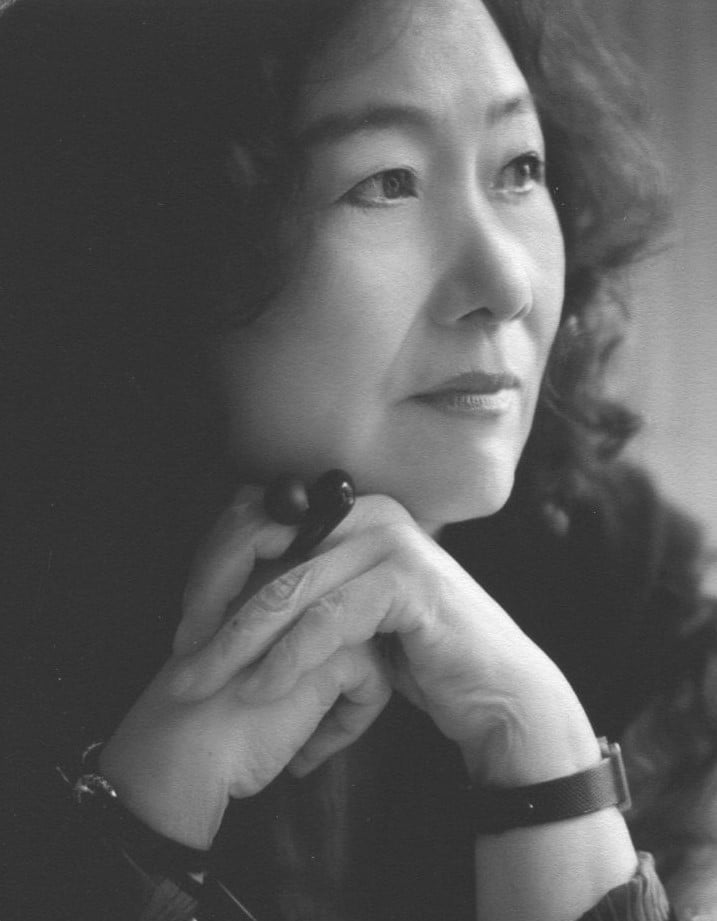 Moon Chung-hee was born in Posŏng in 1947 and grew up in Seoul. Even as a schoolgirl, she won several prizes for her poems, which she already began publishing as a child. She was the first woman in Korea to publish her poetry independently. In addition, she received lessons from a master of Korean poetry, […]

Lee Hochol was born in 1932 not far from the port city of Wonsan in what today is North Korea. Shortly after the civil war started in 1950, he was drafted into the People’s Army.  When he was a prisoner of war, he met the first Koreans who had Western ways and were from South […]

Kwang-Kyu Kim was born in Seoul in 1941. During his childhood, he witnessed the re-establishment of Korean independence, the Korean War and the division of the country. In 1960 he began to study German and took part in the initially hopeful student protests against the Korean dictatorship.  After completing his military service and spending a […] 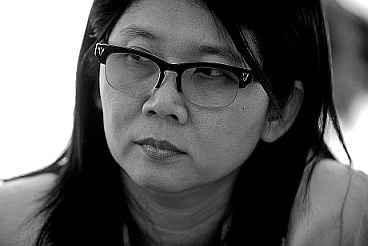 Kyung-sook Shin was born in a village near Jeongeup in South Korea in 1963. Since her parents did not have the money to send her to high school, she moved to Seoul when she was 16, in order to attend school there. She studied Creative Writing at the Seoul Institute of the Arts and won […] 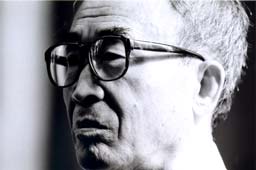 Ko Un (real name Ko Un-t’ae) was born in Kunsan, in what is today South Korea, in 1933. His life has been characterised by extreme biographical breaks closely tied to the history of his native country and which also surface in his work.  During the Korean War he was forced into compulsory labor and attempted […] 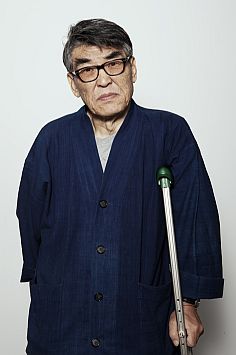 Kim Chi-ha (actually Kim Yong-il) was born in Mokpo in South Korea in 1941. He began to study aesthetics at the Seoul National University in 1959, and published his first poems in »Shi-in« (tr.: The Poet), a literary journal in Korea, in 1969. »The Five Bandits« (tr.) appeared in 1970. This social satire emulates the […]

Kim Dong-sung was born in 1970 in Busan, South Korea, and studied Oriental painting at Hongik University. His debut as an illustrator came with »Samchongwa Hamkke Jajeongeo Yeohaeng« (1998; tr: Bicycle tours with my uncle). It tells the story of a girl and her uncle who witness the encroachment of urban areas into once untouched […]

born in Seoul, grew up in a racially segregated, working class suburb of Detroit, in the US. She is an interdisciplinary visual artist that uses language, food, and beauty practice in her practice to explore the construction of self from a transnational feminist perspective. Her works have shown at the Humboldt Lab Dahlem, Asian Art […] 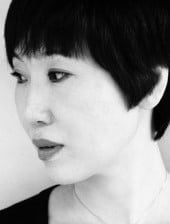 Jeong Yu-jeong, born in 1966 in Hampyeong, in the South Korean province of Jeollanam-do, first trained to be a nurse. She worked in a hospital for five years and then as an expert at the state health insurance agency for nine years before she began to write. After she spent six years applying to competitions […] 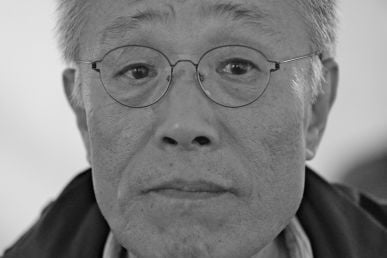 Hwang Sok-yong was born in 1943 in Zhangchun in Manchuria, where his middle class family had found refuge after fleeing from the Japanese colonial forces. Between 1945, the year when the Japanese occupation ended, and 1948, when the country became communist, he lived in North Korea. The family then fled to Seoul. In 1978, Hwang […] 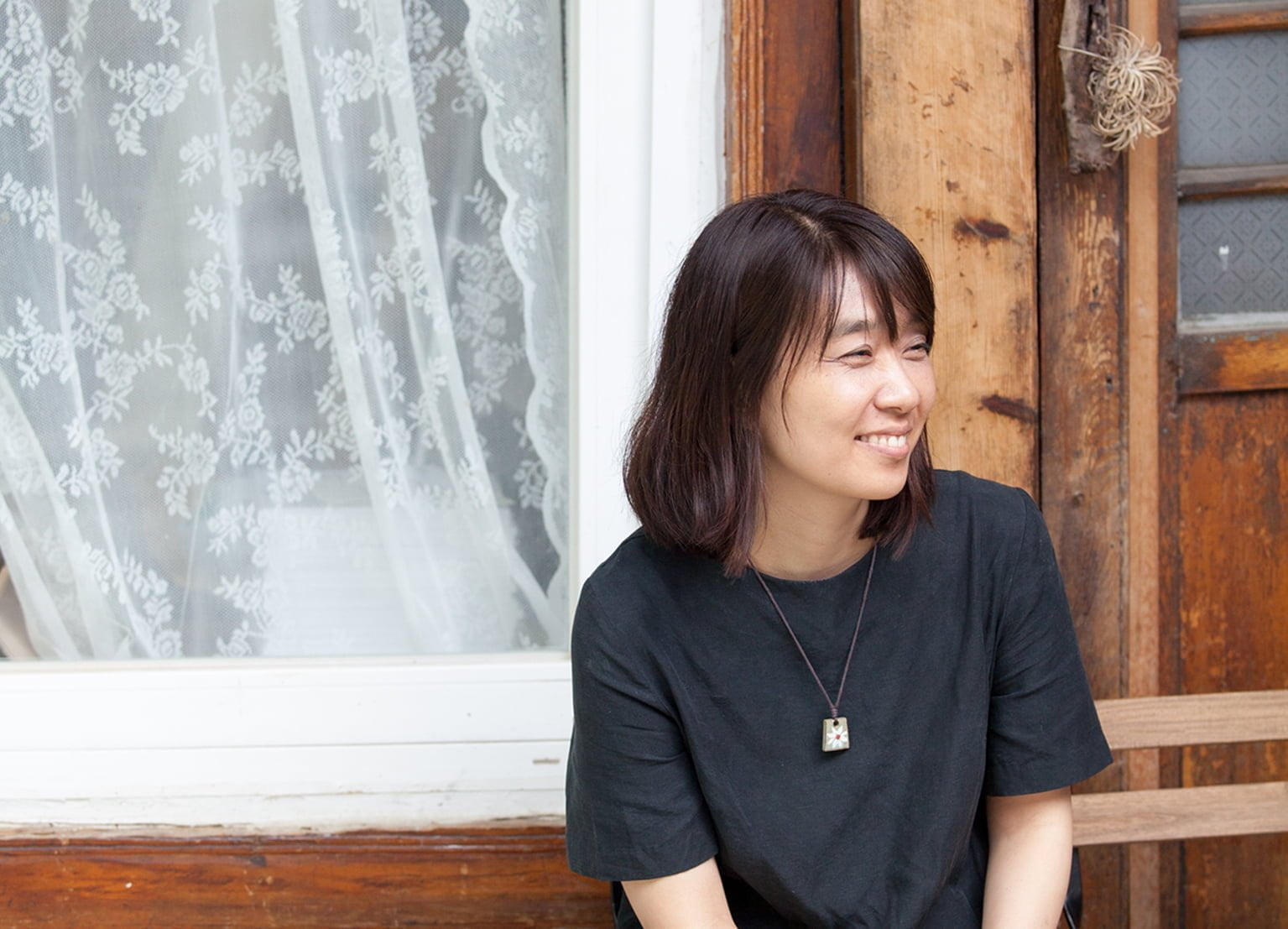 Han Kang was born in 1970 in Gwangju, South Korea and studied Korean literature at Yonsei University in Seoul. Her literary career began in 1993, when five of her poems including »Winter of Seoul« were published by the Korean quarterly magazine »Literature and Society«. Her first short story »Bulgeun dat« (tr: The Scarlet Anchor), published […]