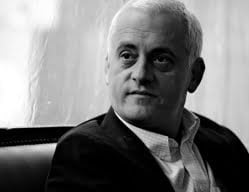 Beqë Cufaj was born and raised in the city of Deçan in western Kosovo in 1970. After passing his school leaving exams, he moved to Prishtina, where he studied Albanian Language and Literature. He graduated and went to Germany in 1995, where he settled outside of Stuttgart in a town named in Gerlingen. His experiences […]

The Kosovo-Albanian poet Ali Podrimja was born in 1942 in Gjakova, which is now in Kosovo but was then a part of the Italian-occupied fascist Albania. His childhood and youth were marked by privation, and he had to overcome the tragic, early deaths of his parents. He studied Albanian Language and Literature at the University […]