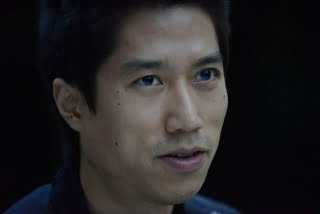 Tao Lin was born 1983 to Taiwanese parents in Alexandria, Virginia. After receiving a bachelor’s degree in journalism at New York University, he first came to prominence with the blog »Reader of Depressing Books« and his debut novel »Eeeee Eee Eeee« (2007), along with the book of short stories »Bed« (2007) which appeared at the […]

Silja Rheingans, born in 1988, studied European media studies as well as journalism with a focus on game studies. Since 2012, she has been acting head of the computer game collection of the Digital Games Research Center at the University of Potsdam. In 2013 she became project assistant at the Digital Game Culture Foundation where […]

Saša Stanišić, born in the Yugoslavian town Višegrad, has lived in Germany since 1992. Works as a freelance author, journalist and columnist. Wrote novels such as »Wie der Soldat das Grammofon repariert« (tr. How the soldier repaired the gramophone) and »Vor dem Fest« (tr. Before the party).

Peter Tscherne, born in 1970, studied literature and history at Universities in Göttingen, Freiburg and Boston. Following his studies, he was a lecturer for project management at the University for Design and Art in Basel and was a project manager at Pixelpark AG. Today, Tscherne is a freelance consultant for organisation and communications who offers […]

Natascha Adamowsky, born in 1967, completed her doctorate in 1998 at the University of Siegen with a thesis on »Game figures in virtual worlds«. After a period as a junior professor at the Humboldt University in Berlin, during which she researched into game theories and media culture, and a professorship in the cultural study of […]

Marianna Salzmann, born in Volgograd, studied theatrical writing at Berlin’s University of the Arts. In 2009, her play »geistern folgen« (tr. Pursuing ghosts) premiered at the Landesgericht in Hanover. The writer, who is co-editor of cultural and societal magazine »freitext«, received the 2012 Kleist Award For »Muttermale Fenster Blau« (tr. Birthmarks window blue). In 2013 […]

born in 1989 in Berlin, Dimitrow has studied literature at Berlin’s Free University since 2008. She was invited to the Treffen junger Autoren in 2005 and 2007 and, in 2008, helped found Lauschgift, a reading platform for authors. She writes prose, plays, Internet pieces, and anthologies, and is a writer and dramatic advisor for the […]

Klaus Wölfling, born in 1971, completed a degree in psychology at the Humboldt University in Berlin. In 2008 he became head of the psychology department for gambling addiction at the Clinic and Polyclinic for Psychosomatic Medicine and Psychotherapy at the Johannes Gutenberg University in Mainz. As part of his research into non-substance-related addictions, Wölfling has […]

Katharina Tillmanns studied theatre and media studies among other things at the Ruhr University in Bochum, film direction at Cologne Film Academy and game development. Since 2006, she has worked as a director, author and editor in television and Internet projects, whereby her special interest lies with transmedia storytelling. In 2010, Tillmanns became head of […]

Karen Köhler, born in 1974 in Hamburg, studied acting at the Academy for Music and Drama in Bern. After stints at various theatres, she has been living in Hamburg again since 2008. In addition to her work as an illustrator, Köhler also writes plays and prose. Since 2013 she has been the in-house author for […]

Kai Wels has worked in the area of digital marketing for more than 17 years. As an expert for digital communications, online marketing and social media, his focus lies with the digital transformation of companies and providing consultancy services for strategic mind change processes concentrating on the publishing sector.

Johanna Sinisalo born in 1958 in Sodankylä, writes novels in the »Finnish Weird« style, a style that unites Finnish writers who have turned down the realistic tradition. Her debut novel »Ennen päivänlaskua ei voi« (2000; En. »Not Before Sundown «) was awarded the Finlandia Literature Prize. Sinisalo’s books have been translated into about 20 languages. […]