Zsolt Láng was born in 1958 in Satu Mare, Romania, where he belongs to the Hungarian minority. He grew up bilingual and writes narrative literature, dramas and essays in Hungarian.  In 1984 he completed his studies in Engineering at the Technical University in Cluj-Kolozsvár and worked for the next five years as a teacher.  Since […]

In Sichuan, the home of many Chinese writers, he began to write. In 1979 the first publications of his poems appeared in poetry magazines. Zhang Zao was soon counted as one of the »Sichuan-Wu-Junzi« group of writers who on the one hand are open to innovative elements of world literature and on the other hand […]

Zoran Drvenkar is one of the most distinguished German speaking authors of literature for children and young people. He was born in Krizevci, Croatia, in 1967 and moved with his parents in 1970 to Berlin; today he lives in a small city in Brandenburg. Since 1989 he has worked as a freelance writer and has received […]

When two linguistic cultures so contrasting in content like the eloquent whisperings of the Kabbala and the almost wordless communication of Zen Buddhism collide with each other, the usual order is shaken by those divergent forces, as is the case in Hoffmann’s prose.  It is thanks to the ideas and flashes of inspiration between the […] 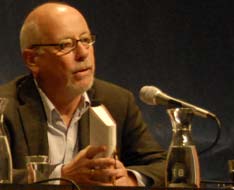 Wilfried F. Schoeller was born in 1941 in Illertissen.  He studied German, History, Art History and Philosophy in Munich.  In 1968 he did his PhD on Heinrich Mann and worked from 1965 to 1970 as publishing editor and then as freelance author.  Since 1972 Schoeller is literary editor at Hessian Broadcasting, for a long time he worked […]

Walter Kempowski was born in Rostock, Germany, in 1929. He was forced to leave school and worked as an anti-aircraft auxiliary with the Hitler Youth. After the war, when he was an apprentice to a printer he ended up in in prison of US army in Wiesbaden. In 1948, on a visit to Rostock he […] 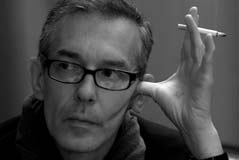 Ulrich Peltzer was born in Krefeld in 1956. At the age of eighteen he moved to Berlin, where he studied philosophy and psychology. He published his first novel, »Die Sünden der Faulheit« (t: The sins of sloth) in 1987. His growing body of work, consisting of five novels to date, has been awarded the Anna […]

U. R. Ananthamurthy is one of the most important representatives of the “Navya” movement (“The new movement”) in the literature of the Kannada-language and is counted among the most eminent Indian authors Both his books and his social engagement made him known far beyond the Indian language borders and later abroad. To Ananthamurthy’s central themes […]

Tom Raworth was born in London in 1938. His sixth birthday, he says, he spent making mice of candle wax in an air-raid shelter. After breaking off his schooling in 1954 he managed to get through by means of odd jobs. In 1970 he got an MA after completing his university course in the translation […]

Tomás Segovia was born in 1927 in Valencia.  Very early in his life, during the Spanish Civil War, he emigrated to France and Morocco.  Segovia has kept up the contacts he established here, especially with French culture and language.  In 1940 he chose exile in Mexico.  In Mexico-City he studied until 1954 philosophy and Spanish-written […]

Thu Hien Vu was born in 1933 in Hanoi/Vietnam.  He studied Film and Theatre Studies at a Soviet university.  From 1962 to 1967 he worked as a writer and a journalist.  He was imprissoned in varius prisons and labour camps in Vietnam for 9 years.  Between 1992 and 1994 he lived in  Moskow.  He sought […]